OPERATION: With LOVE From HOME works to support our deployed armed forces stationed in harm’s way. Supported by the Community Outreach Department at Queen of the Valley Medical Center, OWLFH counts on a group of non-partisan volunteers who recognize the need to keep our service men and women are in our hearts and prayers. The group actively supports their efforts and recognizes their sacrifices on behalf of our country.

Each package also contains a hand-written letter of support and thanks. Sometimes, these packages are the only correspondence service members receive from home. They serve as a vital link to remind troops they are valued and loved.

Lisa Huntley, mother of Mitchell Ray, a United States Marine, wanted to send care packages to her son and his buddies for Christmas. As a Radiology Tech at Queen of the Valley Medical Center, Lisa enlisted the aid of Kami Timm and staff members in 2007. With eight volunteers, Operation: With LOVE from HOME was born, shipping 134 care packages to troops stationed in Iraq. The packages included cards from students in Missouri (from Lisa’s nephew) and from her cousin’s 5th grade class in a Napa elementary school, along with toiletries, food items and warm socks. All of the items were collected in a short two-week period. The following year, based on the success of the first year, Queen of the Valley Medical Center sponsored this heart felt effort. The donation drive started earlier and collection bins were set up throughout the medical center, including Synergy, the Wellness Center. The involvement of the broader Napa community began with Napa Community Bank (now Rabobank) also collecting goods through the efforts of an Army mom, Nancy Stetler, and the Ahearne family with the “Treat Our Troops” efforts which collected Halloween candy for troops stationed overseas. That Christmas, 434 care packages were assembled with the help of dozens of community and medical center volunteers.

It became obvious to everyone that this effort tugged on the heart strings of the community and warranted a more organized approach to the collection of goods and the assembly of the care packages. A team of community and hospital volunteers got together to find a storage unit, shelving and bins to sort, organize and store the donations, and started having a presence in the community during Chef’s Markets, car shows, and parades. In 2009, a concerted effort to involve more of the Napa community resulted in dozens of collection bins spread throughout the community, challenges between banks and between health clubs, letters from Napa school children, and over 100 volunteers assembling the care packages. This resulted in 703 boxes of goodies sent to those serving in harm’s way. The letters of heartfelt gratitude from the recipients has spurred the group to assemble packages at least twice yearly increasing the number each time.

At the core of the group’s activities is the understanding that, no matter how an individual feels about the war, it is vitally important that we support the troops in whatever way possible. The care packages sent via Operation: with Love from Home communicate in a tangible way that folks at home are thinking of the brave men and women and are thankful for their sacrifices on behalf of our country.

Operation: With Love From Home

Thank you for the care packages it really means a lot. You wouldn’t believe how things from home light up our faces. Thank you for your kindness and love.

P.S. You can feel the weight of the love by how many care packages sent 🙂 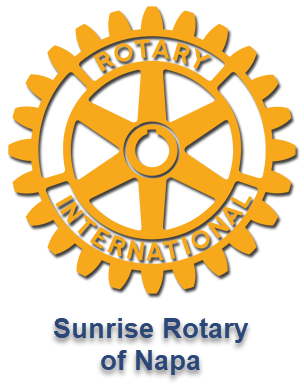